Developing an app can be stressful. Especially if you are new to it all. Learning new code, following along with tutorials, trying to make sense of what feels more like gibberish than anything else all adds up to a daunting task. This is my story of diving into app development.

June 2017- I begin looking into the likelihood of purchasing an app through one of the “we take care of everything” app development companies. I start off by asking friends and others in the church world that have successful apps online on the iTunes app store. (Example: West Logan COG or Gateway ). Prices vary but they all sway towards the “over our budget” level. One friend mentioned $300 down and about $100 a month and others echoed that as well.

Late June 2017- I decide that I will take it on with very little knowledge of XCODE (Apple’s developer software) or Swift (developer language). I was armed with Photoshop skills, a borrowed Mac Air (from Tom, another team member), and the fast free knowledge you can find online.

2 months. Countless hours of YouTube. Many headaches, strained eyes, and my wife telling me that I was going to go blind from staring at the screen for so long.  I accomplished it. Submitted it. Got shot down miserably and my soul was crushed. I let the dream die and decided to move on.

This is what I was left with from Apple in the end.

We noticed that your app’s main functionality is to market your service, with limited or no user-facing interactive features or functionality. Apps that are primarily marketing materials or advertisements are not appropriate for the App Store.

We encourage you to review your app concept and incorporate different content and features that are in compliance with the App Store Review Guidelines.

We understand that there are no hard and fast rules to define useful or entertaining, but Apple and Apple customers expect apps to provide a really great user experience. Apps should provide valuable utility or entertainment, draw people in by offering compelling capabilities or content, or enable people to do something they couldn’t do before or in a way they couldn’t do it before.

Basically I used WebView tools to pull our website content into an app. I also didn’t have enough graphics to suit them.
BUMMER.
August 2017: Tom came to me with a Universal App from CodeCanyon.net. Code Canyon offers many free and cheap options to get a non-coding and non-xcode individual started. Being a person who can follow directions and make things happen made it “easier”.
I downloaded the Universal App and started plugging in the information and access keys necessary. I kept trying it out and things wouldn’t work. I decided to lay down the thought of our small rural church of 150 members ever having an IOS app that I created.
March 2018: I stumbled upon a YouTube video that was about coding. Decided to give app building another shot.
Went through the documentation that Sherdle gives you when you purchase their Universal App. Found some dumb mistakes I had made a few months back (funny to see what laying something down for a while will help you do). After a while I ran a test on the app and it worked. Looked cool and did what it was supposed to. Screenshots below.

I finish up all the steps to finalizing, customizing, and submitting my app. Boom. I submit the app. Thinking it would be good to go. Don’t count on it.

Two things stand in my way:

So I figure these are two reasonable things to fix. I sit down and fix the two issues. Run test after test (both on XCODE and my devices).

Resubmit at about 11:30 PM on Tuesday, April 3rd, 2018. It goes into “Review” and I get excited. I don’t hear anything all evening and finally at 10:04 EST on Wednesday, April 4th, 2018 I receive the dreaded message to check my iTunesConnect account.

Your app crashed on iPad or iPhone running iOS 11.2.5 connected to an IPv6 network during our review.

We have attached detailed crash logs to help troubleshoot this issue.

To resolve this issue, please revise your app and test it on a device to ensure that it runs as expected.

Apple. You sly dog. I hope the end of this story end differently. I will give it another couple attempts and update as I go.
UPDATE:
I got in! I want to leave you with a few things that helped me my last time.
During my last submission that was rejected they gave me the opportunity to take a call to talk about why my app was rejected. I inputted my information and it said to expect a call within 2-5 business days. While waiting I worked on cleaning up some of the code. Being super unfamiliar with the Swift language I mostly just used the Xcode debugger to find instances where I was missing some key parts in the code to make the app run smoothly.
A few days passed I received the call. I told the gentleman that I had worked on cleaning the app’s code and that I had ran it on all my iDevices. He said that he was able to run it on his end and fully expected me to get accepted. I still didn’t want to get my hopes up, but to my surprise I was able to get my app on the app store.
If you would like to check out my app you can download it here: https://itunes.apple.com/us/app/folwc/id1367447381?mt=8

So, in a nutshell, if you want an app up be accepted on the app store by Apple you must:

Youth Pastor, Husband to Katie, Dad to a beautiful daughter. Jack of all trades, master of none. 8 years of church tech on a budget. 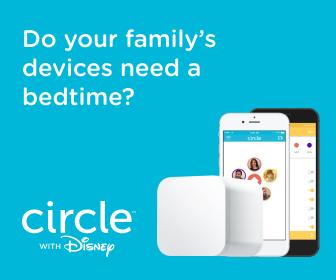